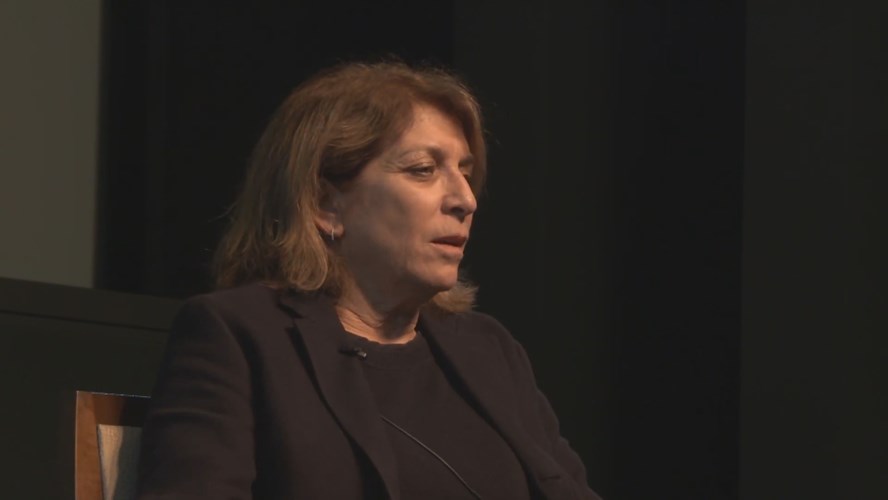 Editor Maryann Brandon joins Pollock Theater Director Matt Ryan for a conversation about the process of editing Star Trek (2009). The Star Trek franchise has captured the imagination of audiences for over fifty years using a blend of spacefaring high-adventure and futuristic, utopian themes. In 2009, J.J. Abrams refreshed and extended the series with the series’ eleventh film. Brandon explains what is was like to edit a film that was part of such a beloved franchise, as well as how she maintained her own editing style while staying true to the original series. She discusses the process of manipulating footage and cutting on set, as well as how she shapes each scene around an actor’s performance while maintaining a delicate balance between exposition and effects. She also discusses her professional relationship with Abrams, sharing anecdotes from the sets of both Star Trek and Star Wars: Episode IX – The Rise of Skywalker, which she is currently editing under his direction.

In this #SEVACON highlight join SEVA's own Vanessa Gomez for a virtual tour of the TV studio at Dakota News Now youtu.be/4vy_jDKW6A0

#SEVACON connected with the PORTS project to visit the Point Lobos State Natural Reserve with interpreter Daniel Williford. Watch it this Saturday, May 8 at 6:00PM on #SECCTV Comcast 15. pic.twitter.com/1kqc6Ko2M7

Celebrating our incredible SEVA teachers this #TeacherAppreciationWeek! Learn more about their impact from the student's themselves: secctv.org/video/seva-202… #SECCTV

In this #SEVACON highlight KJ2 Productions shares how to use a storyboard in preparation for the shoot: youtu.be/0Wv2LoUnJgU