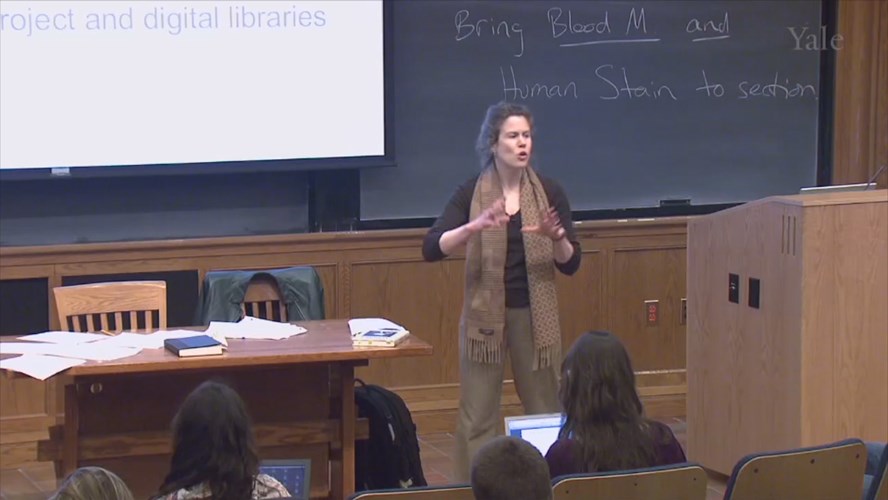 In this lecture Professor Hungerford discusses how the novels we read are shaped by legal and market constraints. She traces a history of censorship from the Comstock laws, to the policing of Joyce’s Ulysses and Ginsberg’s Howl, and shows how changes in publishing practices have tended to penalize more unusual, less profitable books. Hungerford also touches on the canon debates of the 80s and 90s (citing John Guillory and Toni Morrison), and the issues of intellectual property and internationalization raised by digital literature. Finally, she points to some ways that Philip Roth, despite his controversial representations of Judaism and of women, succeeds in tackling fundamental human concerns.